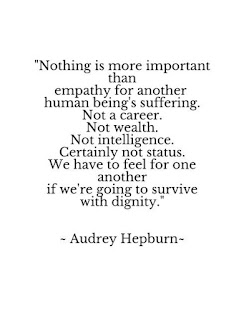 I know there's a lot of upset and anger going around so many places about so many things right now. I've seen some mostly calm people get heated and lose their temper at all manner of ills. I've also seen many volcanoes erupt. It's been a rough end to a rough year.

Sometimes, when we are upset or angry about something we tend to forget that the people we are talking with also have feelings and that their opinions (even the wrong ones 😁) are just as valid as our own. We forget that because we don't see their faces when we call them Asshats (or hosers). We don't see the hurt that our words cause, we only get that rush of having the wittier comeback or the better meme.

Occasionally we humans get so angry at that Super Wrong Asshat online we can forget that Super Wrong might actually be a decent guy. We don't look at the fact that we just see things differently on an issue or a few. We see it as they have attacked our whole person and, sometimes they have.

I tell my kids every day (and also remind myself) to think before they speak or act. I tell them to really think about how they would feel if someone said/did that to them. I suggest they take a moment to edit what they want to say so that it's honest but not mean or harsh. 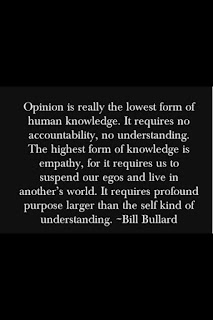 Empathy isn't easy for everyone, I get that, but it's not as hard as you think. It's 20% thinking how you would feel if you were in a situation like that and 80% thinking how they feel. You might hate peanut butter but if your friend loved it and won a pound of peanut butter fudge (OMG how good does that sound? Sorry, starving artist 😜) you'd be happy for her.

You're happy because you know how fun it is to win something and even though you don't like PB you know she does. Now, it's easier to empathize with someone you like but you can use it with folks you don't. For instance, say someone you really dislike released a movie and it's really good. Award winning, box office smash type good.

You have the choice to be bitter the opportunity wasn't yours, and hold on to that, or you can be happy for them because they wrote a script that deserved the attention it got and you know how awesome that would be. I know that may be going a bit far for some folks but the principle still remains. 😝

It's not easy and it won't magically make you happy, only you can do that for yourself, but it will help you to understand your fellow humans a little bit more and that can only help deepen your connection to everyone you love. Good luck and take care of each other out there. 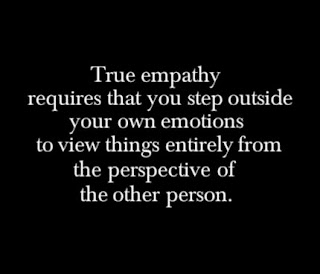