Today I'm turning over my blog to a wonderful Lady of Horror. The amazing Rebecca Besser is taking the helm. I have to say I first read Nurse Blood when she was posting it to her website as a serial and I can not wait to crack into the new novel. This book was full of twists and creepy moments then so I have no doubt the new version is even better and am so excited to dig in. Without further ado, I give you the awesome Rebecca Besser. 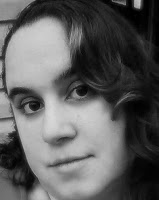 Rebecca Besser resides in Ohio with her wonderful husband and amazing son. They've come to accept her quirks as normal while she writes anything and everything that makes her inner demons squeal with delight. She's best known for her work in adult horror, but has been published in fiction, nonfiction, and poetry for a variety of age groups and genres. She's entirely too cute to be scary in person, so she turns to the page to instill fear into the hearts of the masses.
To learn more about Rebecca visit her Website, or find her on Facebook, Twitter, GoodReads, and/or follow her Blog!

Nurse Blood Summary (Limitless Publishing):
Sonya Garret roams the bar scene hoping to steal the heart of an unsuspecting victim—literally…
Sonya, better known as Nurse Blood, is part of a team of lethal organ harvesters who seek out the weak to seduce, kill, and part out for profit on the black market. When Sonya meets Daniel McCoy, a young man recovering from a broken engagement, he’s just another kill to line her pockets with quick cash.
Agent David McCoy vows to find out how and why his twin brother Daniel disappeared…
Daniel’s body hasn’t been found, and the leads are slim to none, but it won’t stop David from dedicating his life to solving his brother’s case. When the evidence finally uncovers the shocking truth that Daniel’s disappearance is linked to organ harvesters, David knows his brother is most likely dead. But he’s determined to stop the villains’ killing spree before they strike again.
One last harvest is all Sonya and her team need to put their murderous past behind them…
A family with the rarest blood type in the world is the only thing standing between Sonya and retirement. David McCoy and the FBI are hot on their trail, though, and multiple targets make this the most complicated harvest yet. Will David unravel Sonya’s wicked plans in time to avenge his brother and save an innocent family? Or will Sonya cash in her final kill and escape for good?
Murder for profit stops for no man when you’re Nurse Blood. 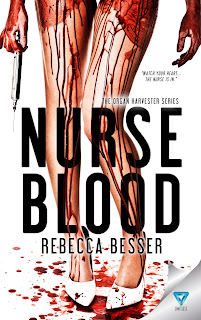