- February 05, 2015
I run a group for women that work in the horror genre (Ladies of Horror) and I met my guest today through that group. She's an extremely kind, hard working, and talented author as well as a pretty damned cool Lady. Without further ado, I turn over my blog to the incomparable Emerian Rich. 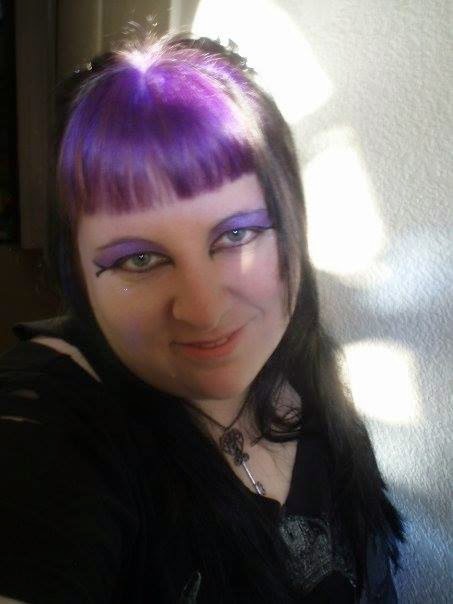 So, you know that movie Jumpin' Jack Flash, starring Whoopi Goldberg? I love that movie. When I was a teenager, I knew all the words and my best friend and I would recite it as it played for the 400th time on cable. You might be asking why a horror author is talking about Jumpin' Jack Flash, it really has nothing to do with writing horror, does it?
That's where I'll prove you wrong. Writing horror as a woman is EXACTLY like Jumpin' Jack Flash. First, like Whoopi Goldberg, I always feel like I'm in trouble and being called on the carpet by the higher-ups or about to get fired. Why is it we constantly have to justify that we can be just as scary or scarier than male horror writers? Second, superior white guys are always trying to kill us (metaphorically speaking). Don't believe me? Try being a female horror writer on a panel of men at the next convention you go to, you'll see. I'm not saying all male writers are jerks, but there are a whole lot of them out there that back up my story. They talk over you, deny your points to be heard, discount what you've just said, and tell the audience not to listen to your BS. Don't even get me started on the little sexist or chauvinistic comments made before and after panel.

If you still don't believe me, here is a list quotes from Jumpin' Jack Flash to illustrate just how similar Whoopi's life in that movie and mine are.
1. "I'm a little black woman, in a big silver box, and the top of it says PHONE. Help!"
Only, my quote would be..."I'm a little goth writer in a big genre box, and the top of it says: WOMAN. Help!" People love to pigeonhole you into what they think your writing is like, even before they read a cover blurb. "You are a woman and write about vampires? You must write that Twilight fluff." These are not my words, but those of an actual convention attendee. How 'bout, "Gothic writers always write about Satan. Is this about his witches cause you're a chick?" True, comments like this make me laugh when I think about them later.
2. "I've got to have that promotion! I've gotta have it!"
Getting noticed as a female horror writer is like begging for a promotion. Please read my book, please, please! Want it for 99 cents? Want it free for a week? Free review copy? Sure! No problem! I only worked three years to complete it. Not as bad as the last one you got for free, that one took me ten years! So, like after you read this one, can you review it... PLEASE??

3. "Some guy, callin' himself Jumpin' Jack Flash hacks into my computer."
Better known as a virus, spam attack, stalker, or even the dreaded Microsoft Word crash when you are ten pages in and haven't saved in awhile. Losing text or even edits can feel like someone shaved a few years off your life.

4. "Get Larry, the heavy-set guard!"
There have been many times when I wished I had a "Larry" at my disposal. Not only to ward off those rare cases of stalkerish fans at gatherings, but also to tackle anyone asking for money, drunk, or close-talking who bothers me when I'm writing out and about. They bother you when you are sitting peacefully at a picnic table or park, there is really nothing to do about that, because you are in a public place. But they also knock on your window when you take refuge in your car!

5. "Oh look, a tropical fish and his mate!"
This is what I say when I look in the mirror after a late night of writing or editing. I have various colors of hair at any given time and when I sleep especially hard, I wake up with my bangs sticking straight up in the air. Those who have had the misfortune of witnessing this, can't stop themselves from bursting out in laughter. The Flock of Seagulls ain't got nothing on me. My pj's are generally disheveled, and there are sometimes pieces of paper stuck in my hair. Don't even get me started on if I fell asleep writing and now have chapter five imprinted onto my cheek from a not-quite-dry ink pen.

6. "See this face? This is the face of a woman on the edge!"
You have a deadline due with three chapters left to go, it's grocery day, your to do list is a mile long,  and the school calls to say your child is sick and needs picked up. Yeah, get the picture? You probably don't want to be in the store next to me that day. If I even make it to the store. Provided the son is really sick, I'll be trying to concoct some sort of make-do dinner with ramen, canned meat, and that can of popcorn left over from Christmas. Ewe.

7. "I was born... in a cauliflower hurricane... No wait, crossfire hurricane."
Only, when we get the words wrong, it's usually on a blog or article and broadcasted across all of social media before we catch it. And we all know how smart-alec the social media fans are, right? God forbid we have a typos in a published book, you would think we shot someone.
Now, I don't want you to think that I hate my job or that I don't love those of you who actually take the time to read and enjoy what I produce. Far from it! And really, being a female horror writer is just as the Jumpin' Jack Flash song says... "It's a gas, gas, gas." This piece was just to let you know what a tough road we've come in on and perhaps you'll give us a break every once in awhile. And if you see we're in one of those "woman on the edge" moods, give us a wide berth, and make it a little easier on us by giving our work a chance before you shoot it down as chick fluff.

***********************
Emerian Rich is a female horror writer and horror hostess of the internationally acclaimed podcast, HorrorAddicts.net. To find out more about her, go to emzbox.com.

Popular posts from this blog

Mark Tufo takes over with Part One of 'Through My Baby's Eyes'. 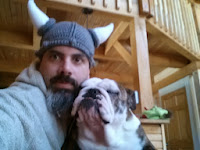 I am excited, honored, and very proud to host Part One of a short story written by the ever awesome Mark Tufo for the Winter of Zombie 2014 blog tour . Without further ado, Ladies and Gentlemen, I give to you the Czar of Zombies, Mark Tufo. Through My Baby’s Eyes Mark Tufo Part One My name is Mercury Jones. One would guess that I was a professional athlete and I had given myself a flashy nickname. That wasn’t the case. Nor was I slippery in any way. My name was given to me by my asinine father, who stayed around just long enough to saddle me with that moniker. The ink wasn’t dry on the birth certificate before he bolted for parts unknown. Now the question you may have is why. Why did he name me this? Because his friends which were marginally less stupid than him bet 27 dollars and three lines of coke that he wouldn’t take a drink from a thermometer. He did. The comedy of errors didn’t stop there, he drank, snorted, got up and meandered to his then girlfriend
Read more

The Stew on Kaldar 3 is Fantastic (Flash fiction fun) 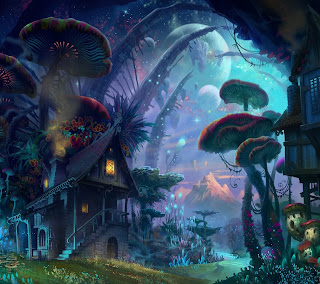 Hi, folks, today I used the picture above as inspiration for the story below. It was a free wallpaper and it lit up my imagination like crazy, I hope it sparks some of your own creativity and that you have a wonderful day! The Stew on Kaldar 3 is Fantastic Jaime Johnesee The galactic toads were singing on their stalagmite perches and the bumblebirds were resting deep inside their mushroom gill nests. Everyone had their bioluminescence in full display, it was a typical gorgeous Kaldarian night, and even the hootblats shrieked sweetly in the air. As Jeff made steelroot stew, his wife, Al'donk'a'lel, was out gathering horsetails and other ingredients to spice up the dish. He looked outside as he chopped ingredients and saw that the large umburt tree was full of heavy ripe fruit. He decided to pick some and make a blart for dessert. As he stepped into the humid night to pick the delectable umburts, a dozen sucklers swarmed him and began to feast on the swe
Read more

Today I turn my blog over to the amazingly talented and seriously awesome folks at Horror Addicts.net  I hope you guys enjoy the following teaser as much as I did.  Cheers, JJ *** Music has the power to soothe the soul, drive people to obsession, and soundtrack evil plots. Is music the instigator of madness, or the key that unhinges the psychosis within? From guitar lessons in a graveyard and a baby allergic to music, to an infectious homicidal demo and melancholy tunes in a haunted lighthouse, Crescendo of Darkness will quench your thirst for horrifying audio fiction. HorrorAddicts.net is proud to present fourteen tales of murderous music, demonic performers, and cursed audiophiles. Please enjoy an excerpt below from Crescendo of Darkness . “The Legend of Crimson Ivory” by Sarah Gribble An audiophile finds a legendarily sinister demo at a used record store and decides to play it, despite
Read more